Our project is the initial conceptualization of landing an industrial drone on Mars by first designing an Earth version that tackles fleet deployment, fault-tolerance, and large payload challenges with real-time path rerouting in a 76-multicopter design.

In the past 10 years, usage of drones to assist in everything from surveyance to package delivery has literally taken off. With their ability to access harsh terrain, customize to various tasks and reduce costs, novel and specialised drones are being deployed more often than not to carry out specialised tasks in harsh environments, even in space! In 2021, NASA successfully flown the first drone, Ingenuity, on the planet Mars!

Flying on another planet with no human intervention is challenging. If something fails, there is no way for maintenance. As such, designing for redundancy in failure protections is critical to prolonging the drone's mission life.

Our industry partner is aiming to launch their very own drone on Mars by 2026, as such we are taking the first step to this goal by designing a drone and its supporting ecosystem for deployment and testing on Earth first.

Design and test, in virtual space, a drone along with a comprehensive network of systems that power it, such that the drone has a high payload capacity, and improved redundancies against failures while able to operate as a fleet.

In this project, we explored different designs by performing physical and virtual means of testing. Physically we explored the feasibility of the structural and electronics design, and its estimated power consumption by building a 1:1 scale of a single quadrant of the drone. Virtually, we explored the structural integrity, fleet optimisation algorithm and simulation.

Our solution works to incorporates three levels of redundancy against motor failure, flight controller failure and drone failure. Besides that, the drone as a whole aims to be capable of both carrying heavy payloads and having a long flight time.

Our solution consists of three main parts that together tackles our problem statement, namely, the Structural Design, Electronics Design and Fleet Optimisation and Simulation.

The propulsion ring is the structure where the 19 motors and Electronic Speed Controllers (ESCs) are mounted. In the full drone, there would be four propulsion rings. Multiple Static Load Tests and Vibrational Analysis using different materials and designs were conducted in the design stage of the project to ensure the structural integrity of the ring. 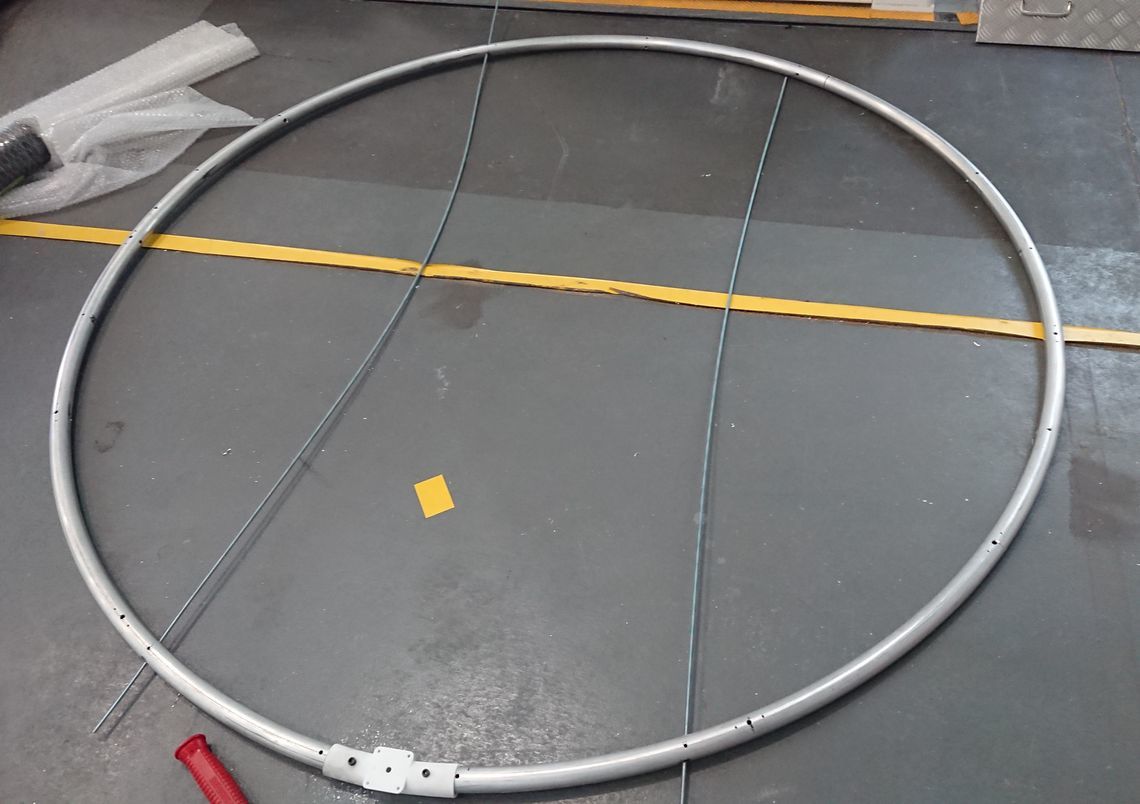 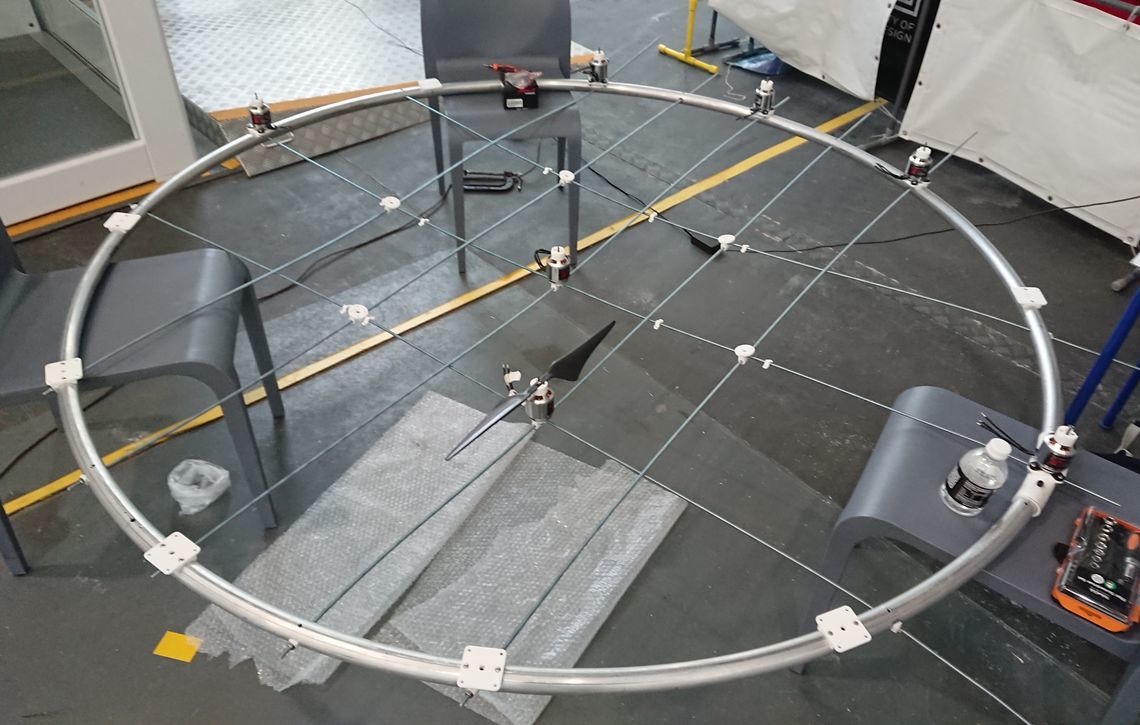 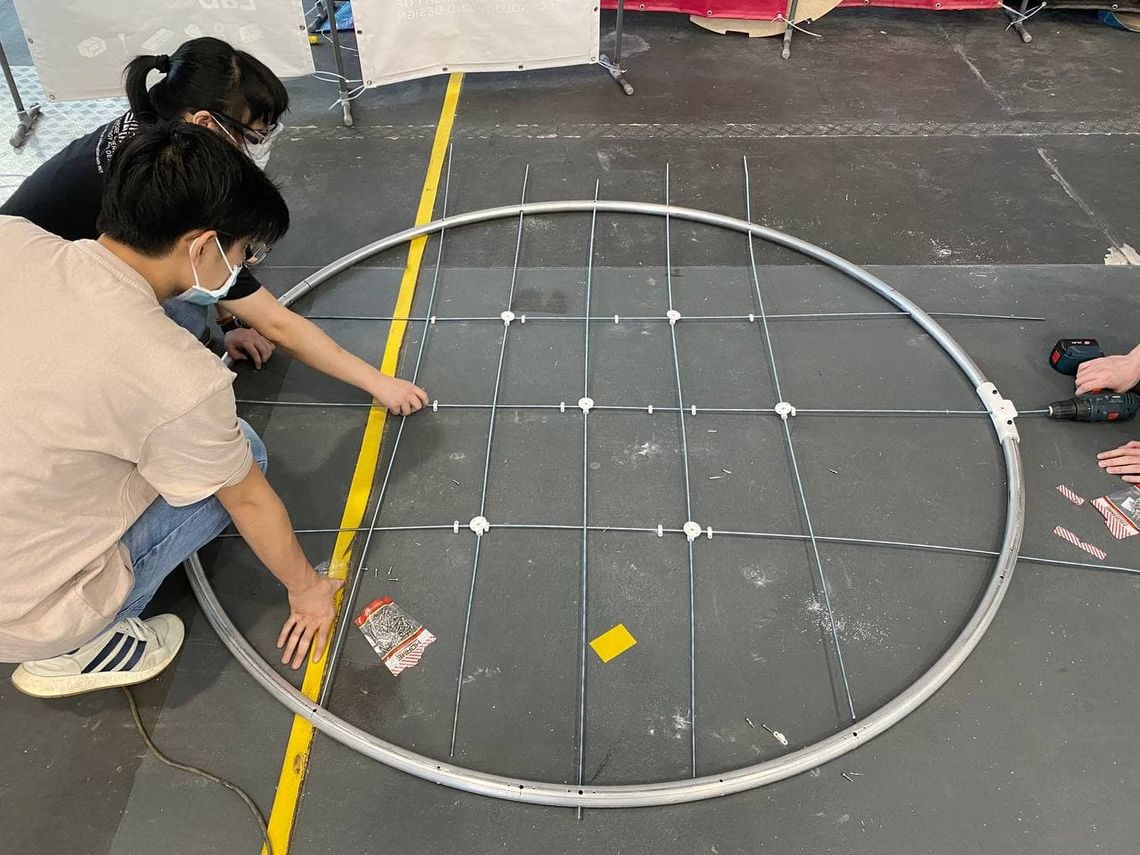 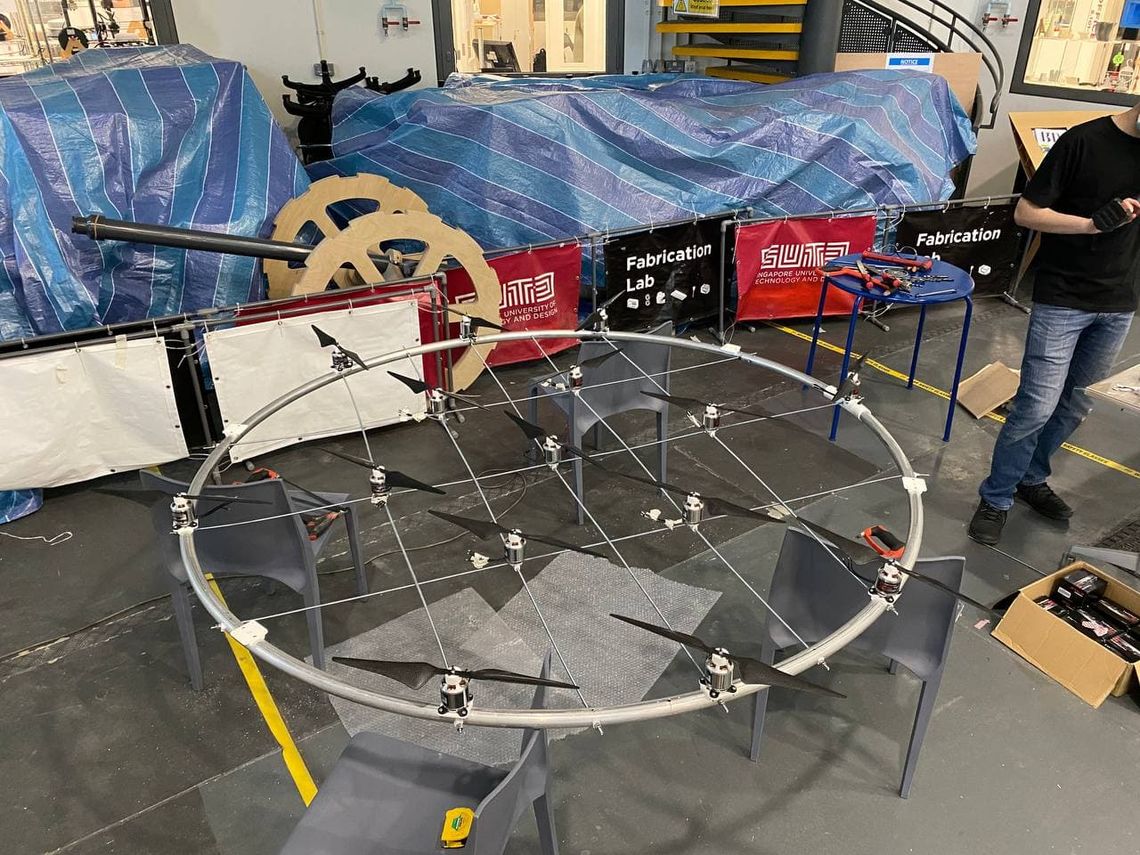 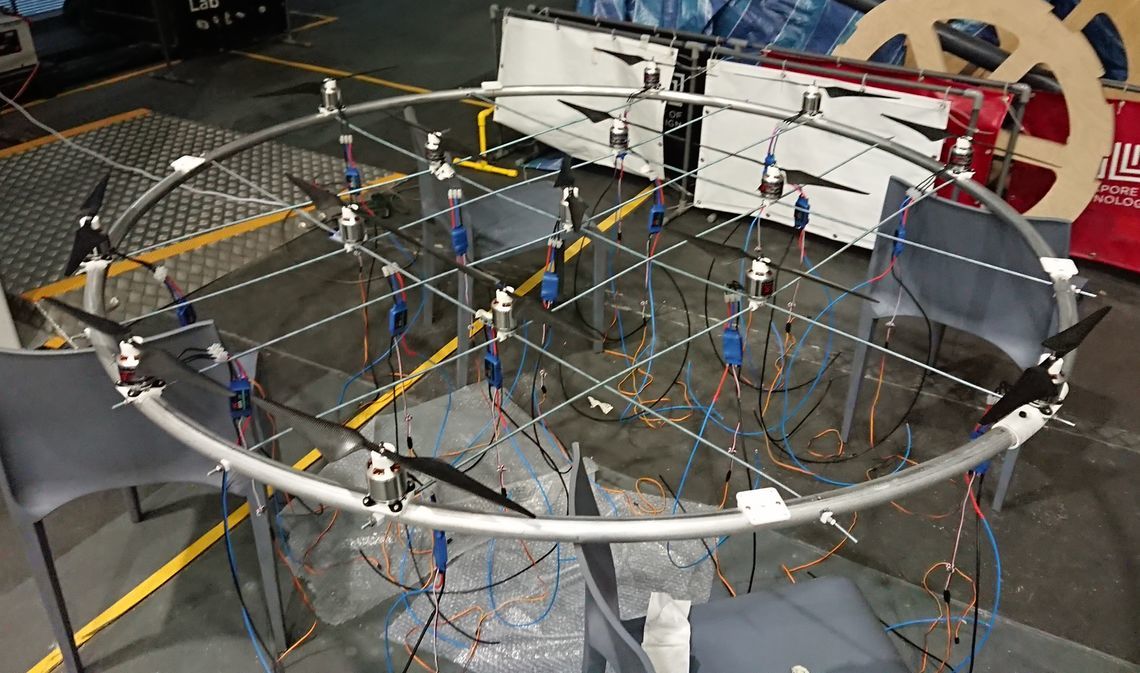 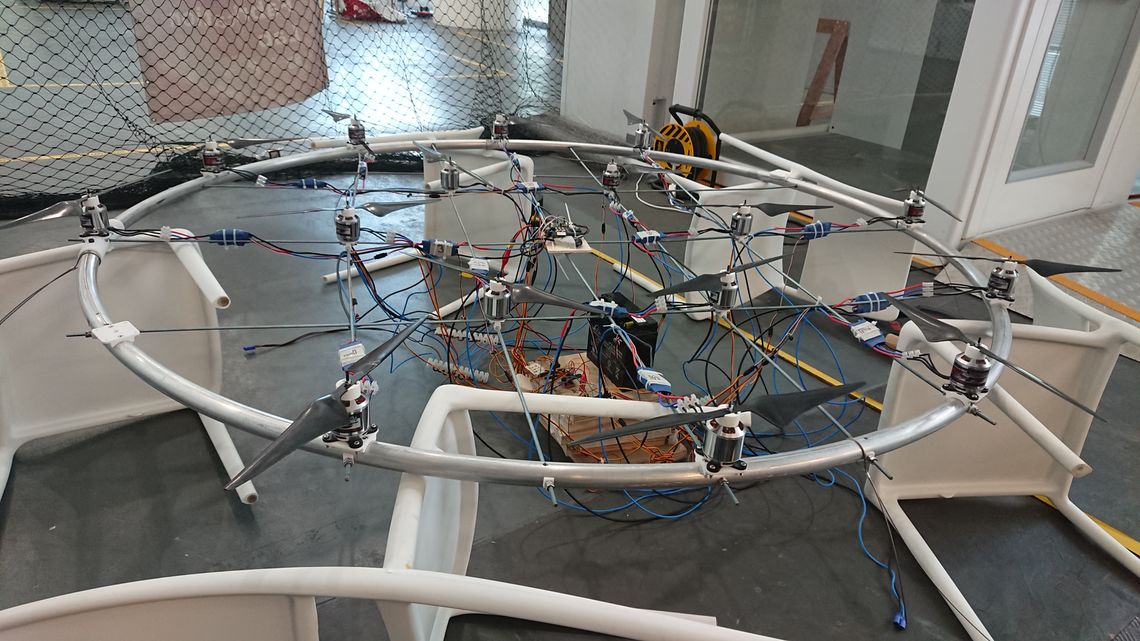 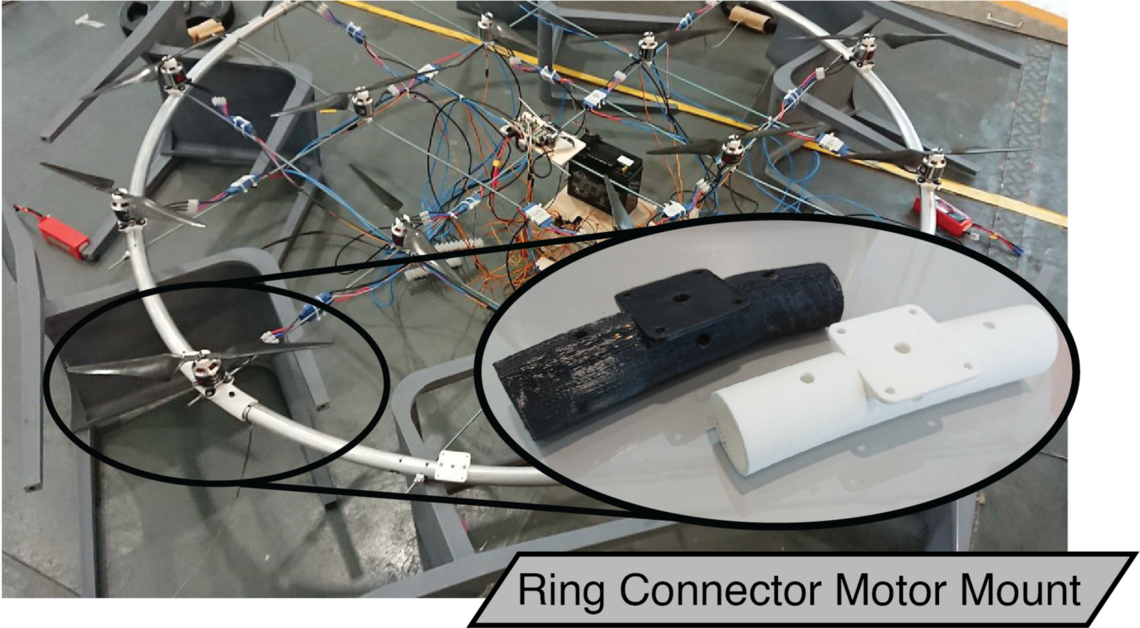 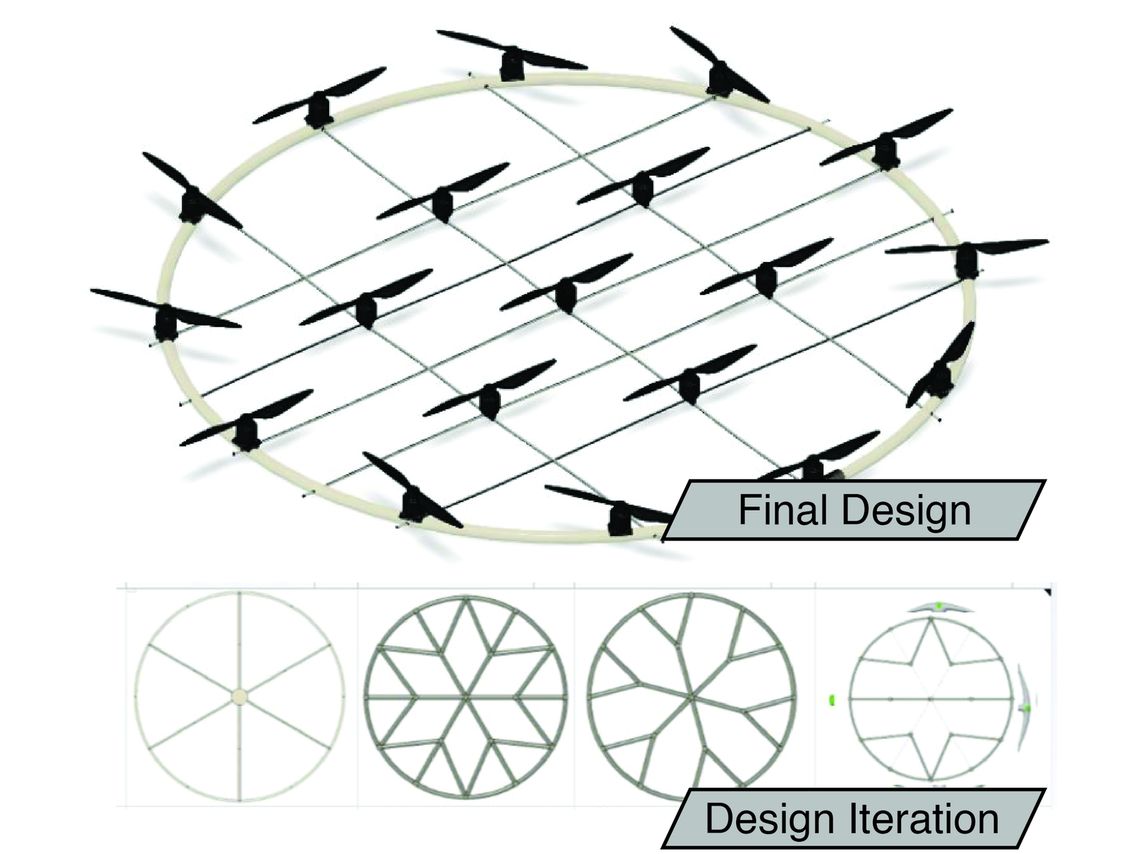 Ease of Assembly and Maintenance

The propulsion ring comprises a 1.8m diameter aluminium ring, eight galvanised steel threaded rods, and three custom nylon motor mounts. These parts are easily available and relatively affordable. With the exception of the main ring, every part can be easily replaced as required without affecting the rest of the structure during onsite repairs. Through running the simulations, our structure is designed to divert stress towards the steel rods since they are easily and cheaply replaceable at only $1 each.

The three custom motor mounts are designed with plastic injection molding as a future process in mind, further reducing cost. Assembly of the ring is straightforward and only requires three different drill bits, a hand drill and an allen key set.

19 motors are mounted per ring to spread out the workload required for a high max takeoff weight of 160kg. The large number of motors also ensures the drone would be able to continue flying in the event of multiple propellor, motor, or ESC failures.

The electronics is responsible for controlling which flight controller (FC) sends the signals to the motors as well as at what speed each motor should be spinning. The overall system consists of multiple FCs namely the PixHawk 4, a Raspberry Pi, an 8-channel relay board, and multiple power supplies and motors attached with ESCs.

In the event of a FC failure, the system is capable of automatically switching to a backup FC without disruption to the motor control signals. The Raspberry Pi coupled with the relay module acts as a demultiplexer to switch the motor signal source from the main FC to the backup FC should it fail to receive a positive “Heartbeat” from the main FC. The system is scalable to include any number of backup FCs.

The full 76 motor drone is operated as a typical 8 motor “x” configured drone, with each quadrant being controlled by two motor signals from the FC. This configuration allows for easy set up, configuration and calibration of the full drone by using existing well tested drone control software. This also allows easy scalability should the number of motors be changed in the future. 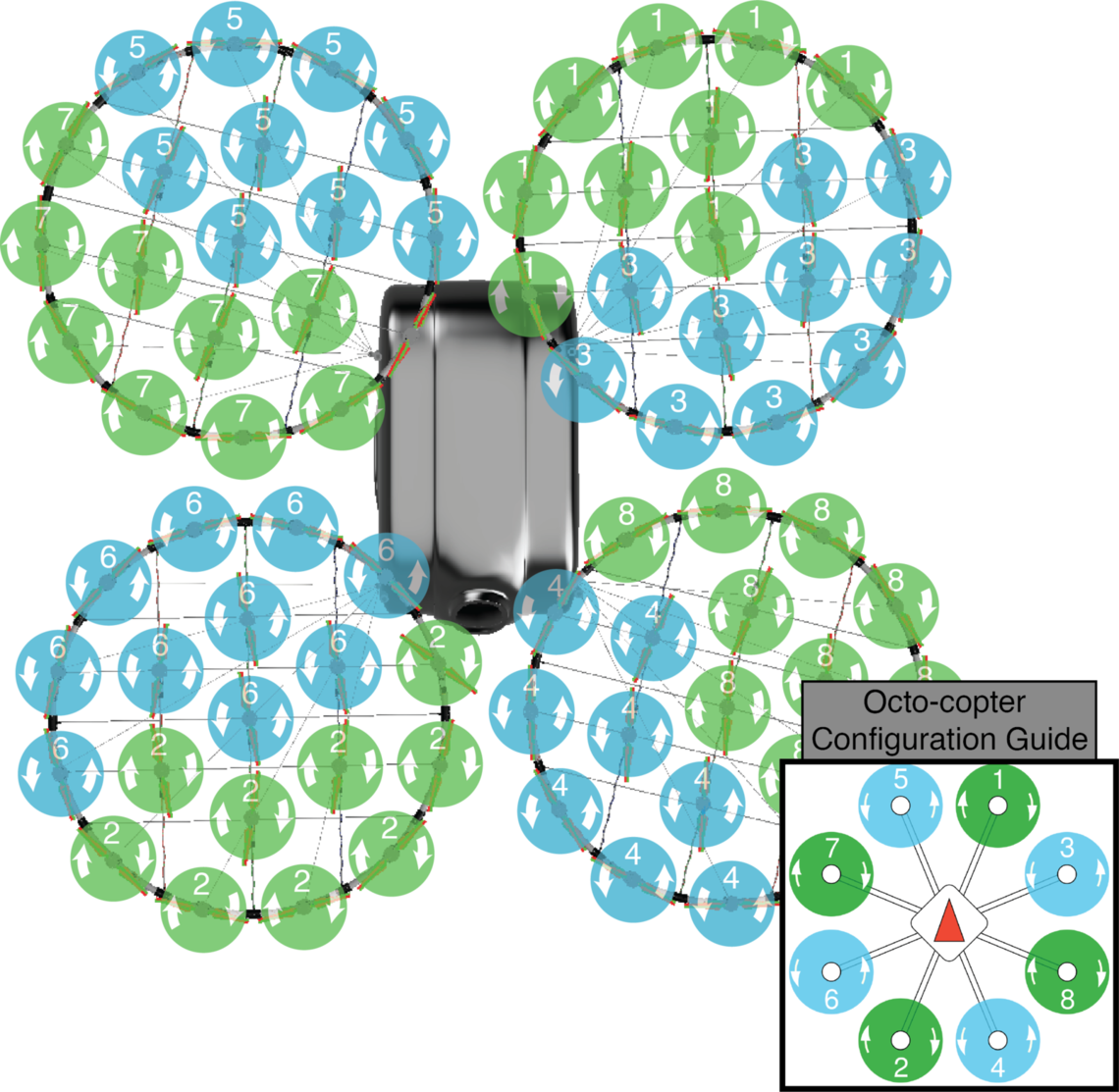 The fleet optimisation and simulation system helps plan, control and monitor the drone fleet missions. It is capable of real-time rerouting of each drone task in the event of a drone malfunction. This ensures that the most efficient routes are taken and time delays are minimised in the event of drone failures.

K-Medoids is a classical partitioning technique of clustering that splits the data set of n objects into k clusters, while the elbow method is a heuristic used in determining the number of clusters in a data set. These two methods combined allows us to generate routes for the drones.

If a drone malfunction (red spot) were to be detected, the python program will reroute all remaining drones (green spots) to cover the locations that the malfuntioned drone failed to reach, minimising time delays.

Fleet simulation depicts the drone location on a map in real time, enabling the tracking of drones. In case of a malfunction, the simulation updates the rerouted flight paths of each drone.

Journey to Take Off!

We would like to offer our heartfelt thanks to the following people for all their help, without whom our project would not have been successful. 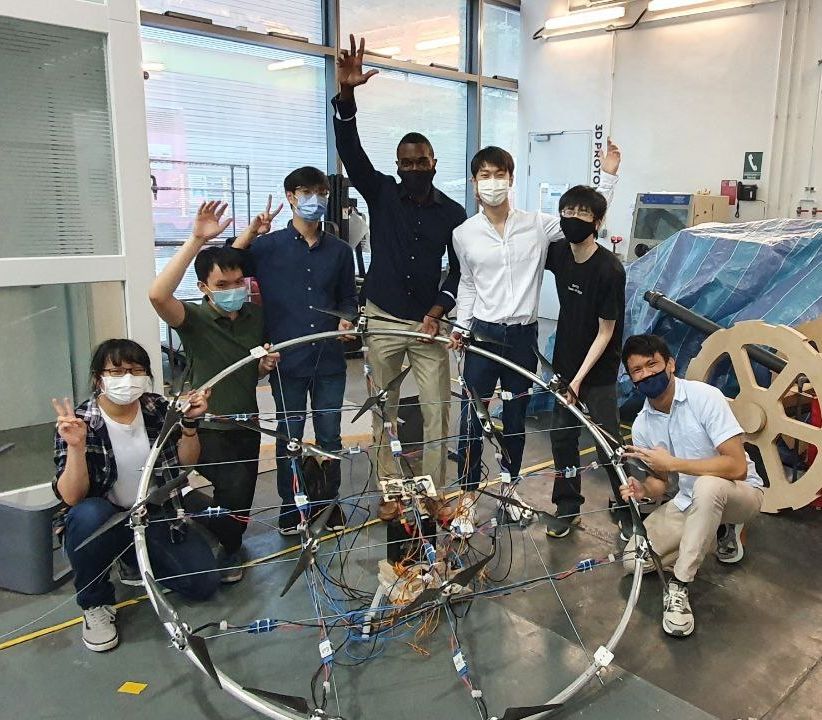 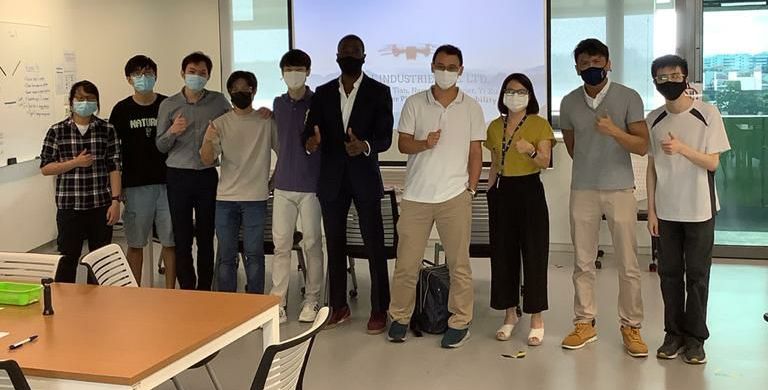 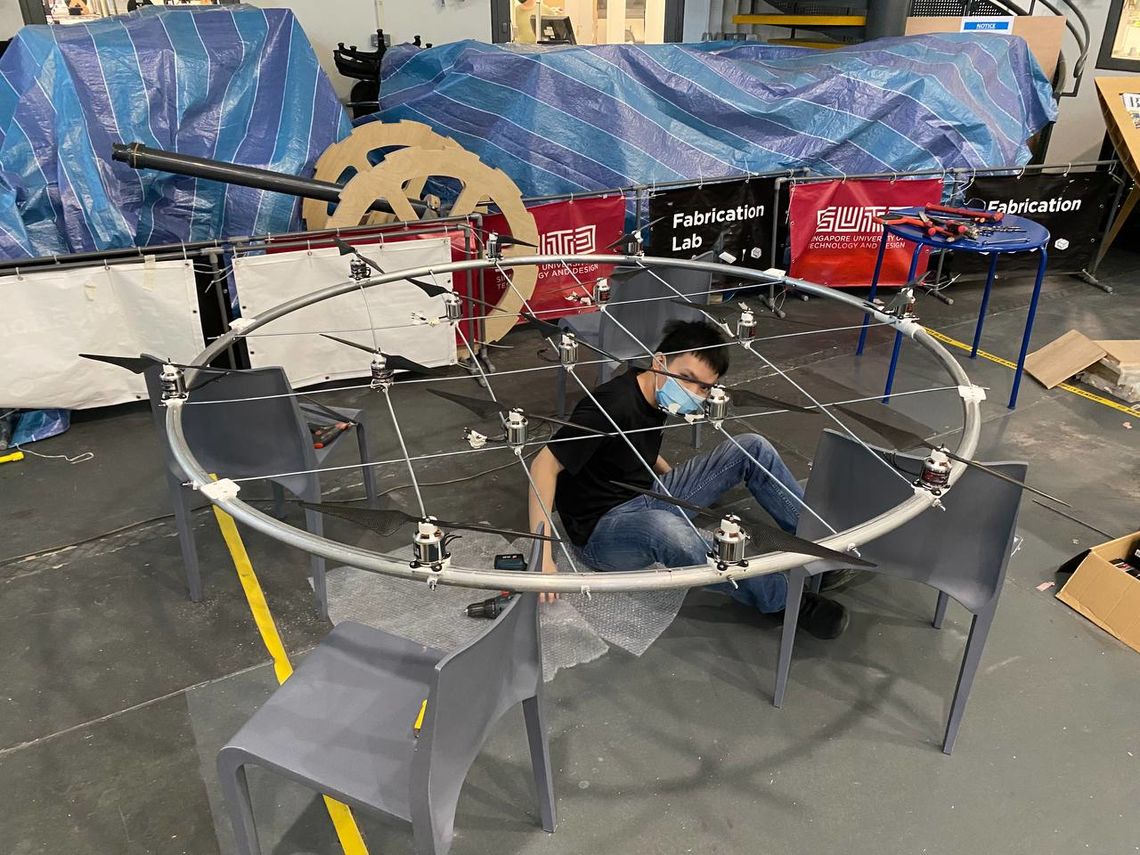 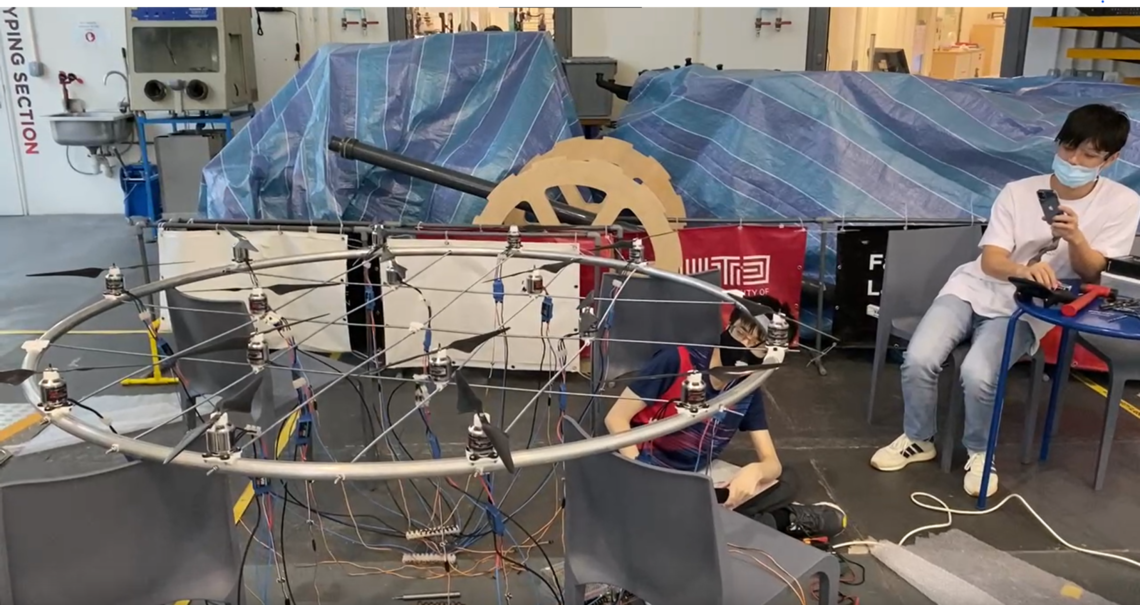 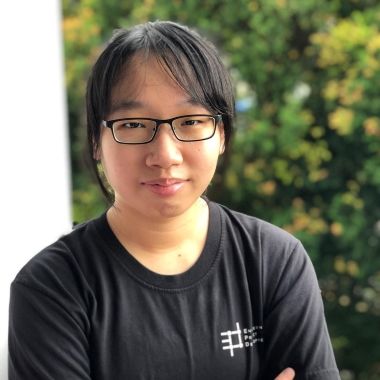 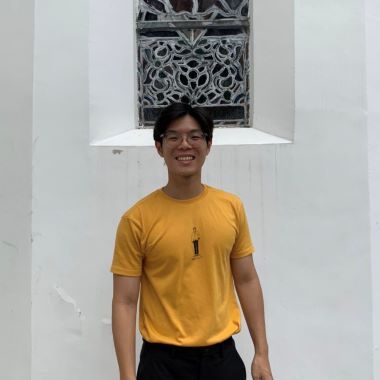 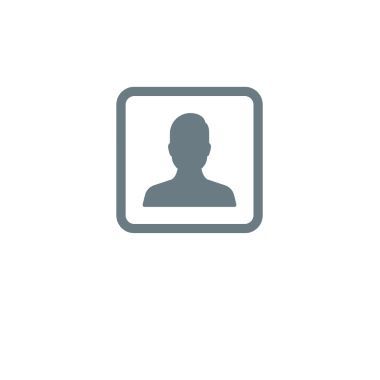 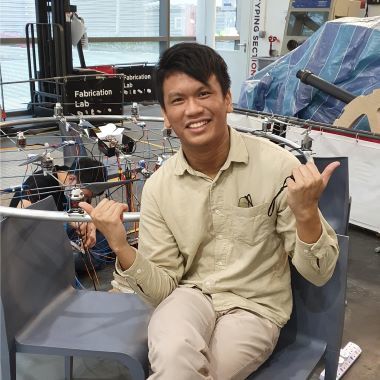 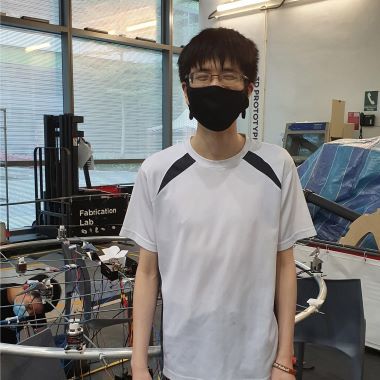 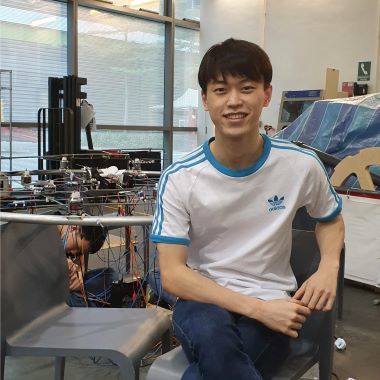 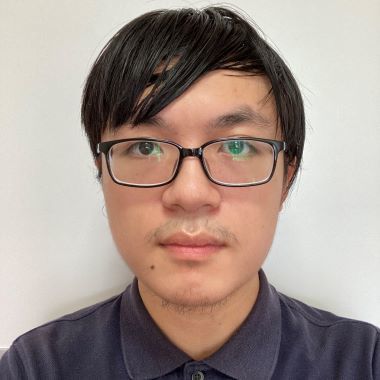